Last weekend, despite the rain on Friday and about the same forecast for the next two days, we decided to go to Duffy Lake Loop, about a 600km (372 miles) long trip. The loop got its name after the Duffy Lake, near the road from Pemberton to Lollooet. On a map, it looks like this:

So, on Friday after work, we went toward Squamish, Whistler and Pemberton. The plan was to spend the night in Pemberton in a nice little hotel and in the morning continue toward Lolloet. There is a nice pub with a good food in Pemberton, so it was another reason to stay there 😀 The rain was pouring and mountains were covered in clouds but we didn’t care: after good dinner we sat in a hot tub for a while then went to sleep. The long day was in front of us.

Morning was a bit better, parts of blue skies could be seen here and there; roads were almost empty so driving was pleasant, giving us opportunity to stop wherever we want, to take photographs or just to enjoy the nature. First stop was on Joffre lakes. 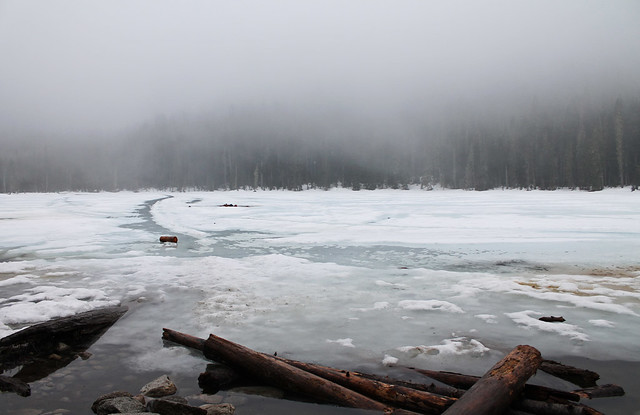 Joffre Lakes, lower lake still under ice; about a meter (3 feet) of snow everywhere around

Now, if you remember my previous post about Joffre lakes, you can understand why I was quite happy about the weather, glacier and lake would probably look magnificent at this time of year. But it was quiet and calm; avalanche warning at the beginning of the trail so we didn’t want to risk and go further, there was no time for that kind of adventure 😛

Next stop was at Duffy lake. Partially still under a thin layer of ice, it has seen at least one avalanche in last few months. I am sorry I couldn’t make a photograph of a big pile of snow right beside the road, it was not safe to stop there. Instead, another calm and quiet photograph 😀 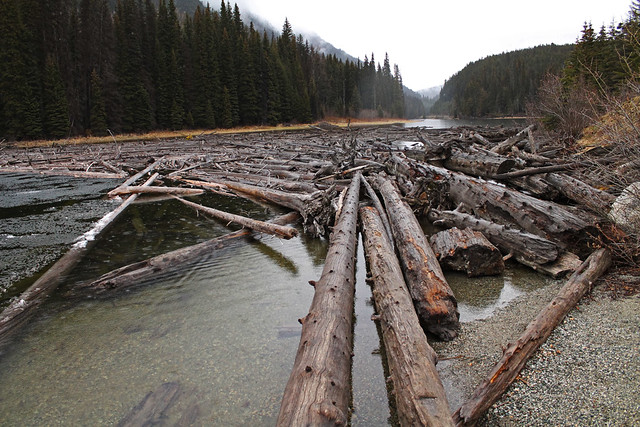 We’ve seen quite a few animals; a black bear (officially the first our sighting of a bear in 2014) 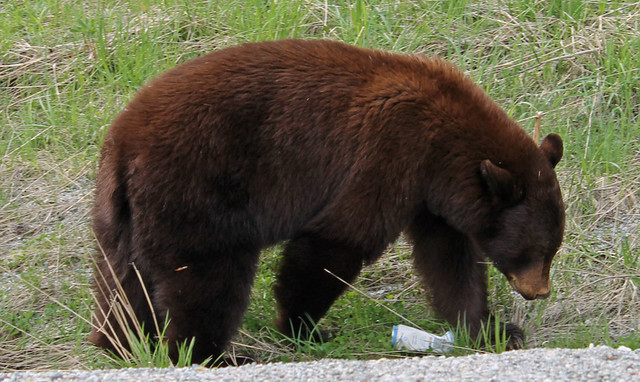 black bear and yes, this is a beer can 😡
a snowshoe rabbit that already started to change its fur,

few ospreys and bald eagles. We stopped few more times before Lillooet because landscape was beautiful.

Just before Lilooet another big lake: Seton lake with nice viewpoint and temperatures of almost 20C. We were approaching one of the warmest regions in Canada (along with Lytton and Osoyoos) and landscape changed rapidly. 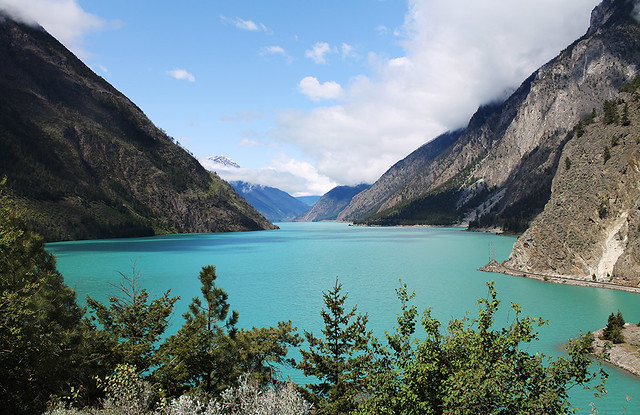 From that point the road is following Fraser river, probably one of the most important rivers in British Columbia. A lot of mule deer were carelessly grazing near the road, even though grass looked dry and it seemed there was not much to eat around. 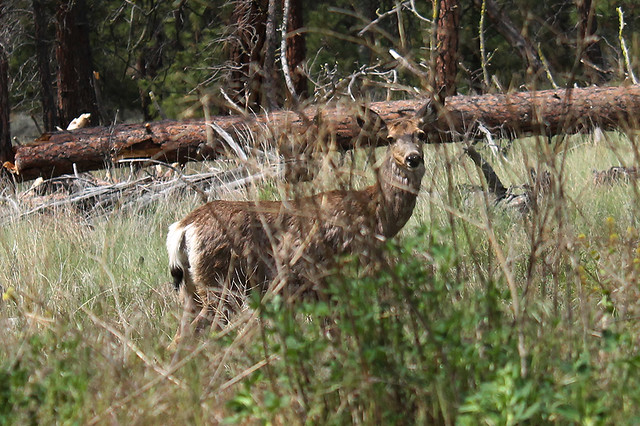 mule deer, one of 5 that we’ve seen on that spot

We’ve made a short stop in Lytton and continued toward the place I was very interested about: Hell’s Gate. 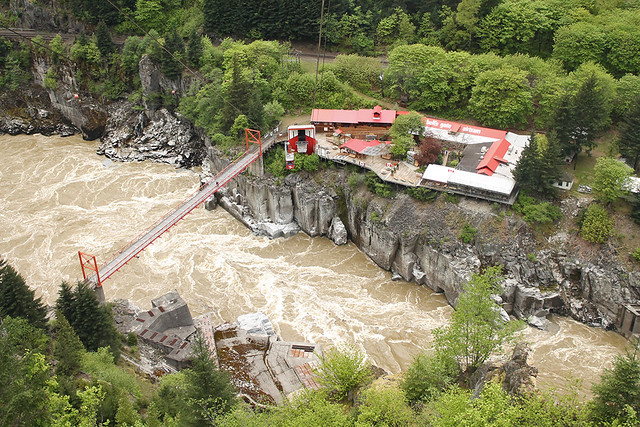 Hell’s Gate, as seen from the air tram
Hell’s Gate is part of Fraser river canyon and, as with a lot of other parts in BC and Canada, it has it’s history connected with a history of development of Pacific Railway and Canadian west. In 1913. while blasting its way through the canyon with dynamite, Canadian National Railway workers caused a big rock slide to a narrow part of the canyon. At the beginning, it didn’t look like a big damage but later it became more obvious. Fraser river was and still is one of the important routes for Pacific salmon to reach Thompson river and spawn. The problem was because the river, suddenly going through pretty narrow canyon, was too fast for salmon to pass so in next year a significant drop in salmon occurred. That created a tension between Canadian government and Aboriginal tribes. At the beginning, they’ve tried to use some kind of nets to catch salmon and move it more upstream; but salmon is having the urge to fight rivers upstream in its genes, so help was not really a help; some of them would end up “confused” and just return the same way downstream. Both Canadian and US governments created Pacific Salmon Fisheries Commission (IPSFC) (now the Pacific Salmon Commission). After intensive research, they recommended that fishways should be made, concrete tunnels that will slow the river a bit thus helping salmon to pass further up the river where stream was not as strong. Building of fishways started in 1944 and now there are three of them with plans to make one more.

After that, we continued toward Hope and then back to Vancouver. It was a long drive but satisfying in so may ways. Summer is coming and we hope to go to camping and hiking soon. New posts are coming 😀

pine siskins on a feeder