We spent last weekend in Little Qualicum Falls camp on Vancouver Island. The weather was kind of crappy, raining from the moment we get on a ferry until we came back home on Sunday evening. Therefore, hiking was out of question but there were enough time to check on some other things in the area. On one of the back roads we’ve seen a wolf and that really made our day…. or weekend 🙂 I didn’t have time to make a photo for it disappeared in in bush in two seconds but after some researching – someone’s donkey was attacked by wolf recently – we can say with 95% certainty that it was wolf 😀

But the reason for this post is a visit to North Island Wildlife Recovery Association. We were watching a TV show about them and being in the area (and having rain, too) was a good excuse to go there. NIWRA provides a shelter and recovery place for animals – birds of prey and bears – injured by cars, traps, electric power lines, hunters… It is divided so that animals that could be recovered and released are separated from the ones that are incapable of living on their own. They have 4 bald eagles and ten bear cubs that are almost ready to be released and it is important for them to have as little contact with humans as possible – from about 170 bears released so far, only one came near come village and started making troubles.

Unfortunately, there are quite a lot of birds and one bear at the moment that can’t be released. Their destiny is to stay in shelter for the rest of their lives. It is not a bad life, they are sheltered, fed and taken care of.

But birds are meant to fly, right? 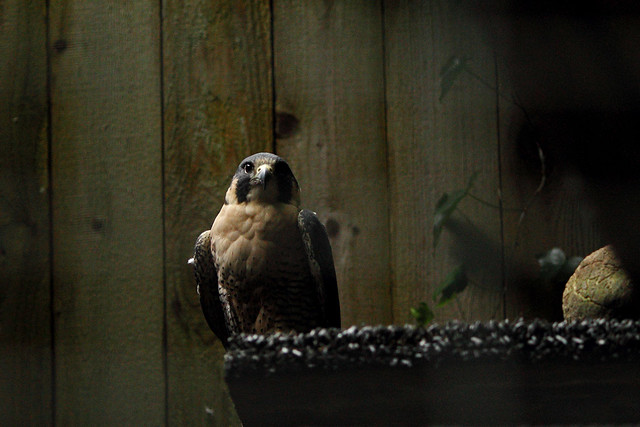 I have only few photographs here but in time I will add more.

27 Responses to Birds at NIWRA