We went to Seattle last weekend. While last our visit in January 2013 has a shopping as purpose (there are some serious shopping malls in Tulalip) this time we wanted to see more of what city can offer. Unfortunately, weekend is too short for thorough exploration so we focused on two things we wanted to visit since last time: Chihuly Garden and Glass gallery and Space Needle. One is right next to the other so we didn’t waste too much time trying to find them 😛 Besides, they are bot just few minutes by famous Seattle monorail from downtown.

People interested in art are probably familiar with a name of Dale Chihuly. Despite all of his injuries, he managed to stay with his art.
We expected to see something unusual but no one prepared us for this 😮 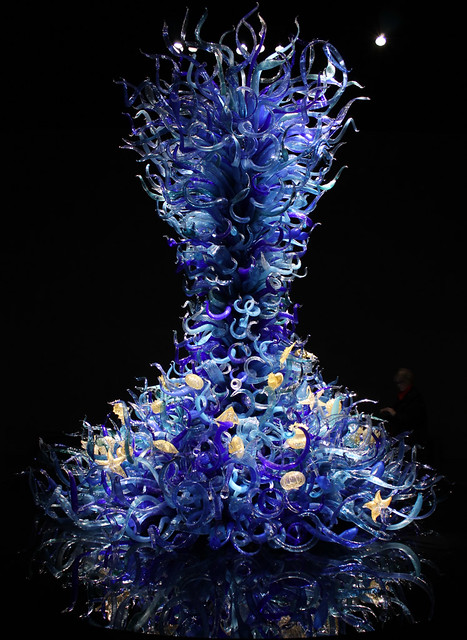 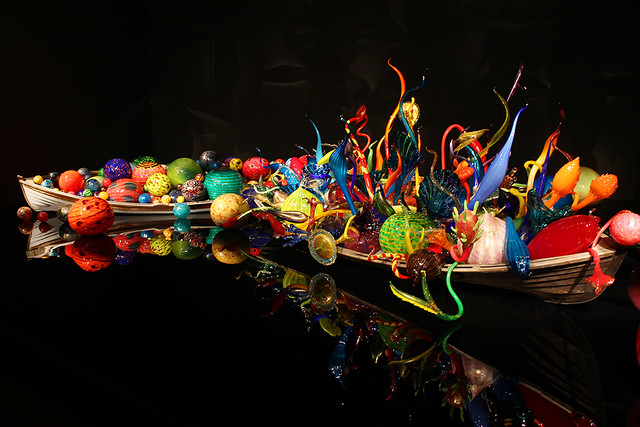 Quite amazing! The rest of the photographs I made you can find here.
Space Needle, an 184m (605ft) high observation tower is right near the Chihuly Glass and Garden museum. 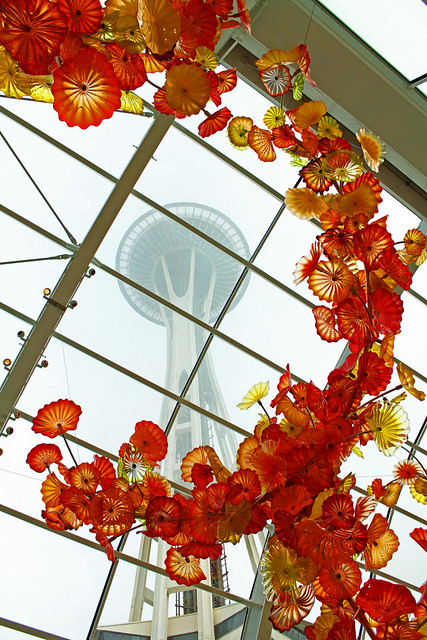 It was built in 1962 and can withstand wind up to 85 m/s (200 mph) and earthquake up to 9.1 magnitude, which is, considering that Seattle is on the shaky west coast, significant characteristic. I mean, earthquake of magnitude 9 and above, if it lasts long enough, would destroy everything around anyway, being close to the ground won’t help THAT much 😛 But if we leave that by side, it was a nice view from the observation deck:

downtown Seattle with Mount Rainier on the right 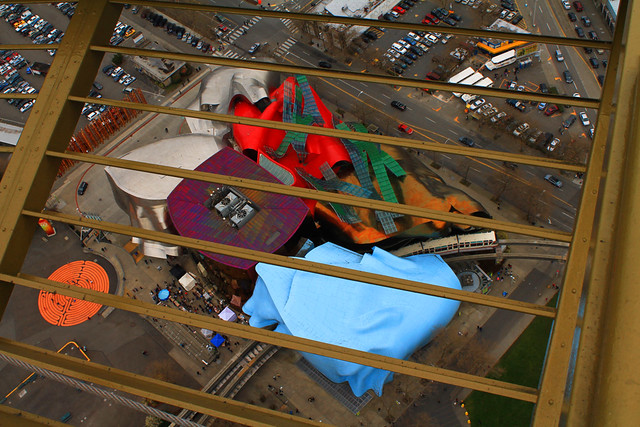 EMP, museum of SF and monorail

The city itself seems to be in favor to different kinds of art – in a street where our hotel was, there are no less than 5 galleries and that was on one side of it only! The city itself, especially the part of downtown near the Farmers Market is kind of art by itself. Last year when we were there the rain was pouring; this time it was overcast but dry, even with some sun. I hope next time we will see some of the blue sky but, as it is case with Vancouver, you never know… 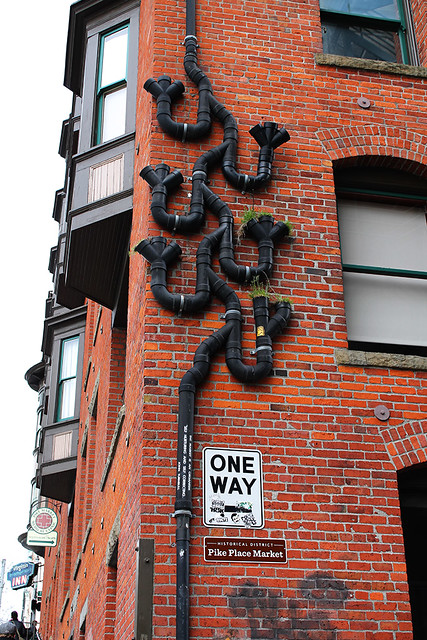