At first there is a sea. Blue endless sea wherever you look around. Then fishing boats, followed by flock of gulls. Distant shore is a first sign you are close to Italy. Then catamaran slows a bit and you see islands and houses in a shallow sea. Then you see this… 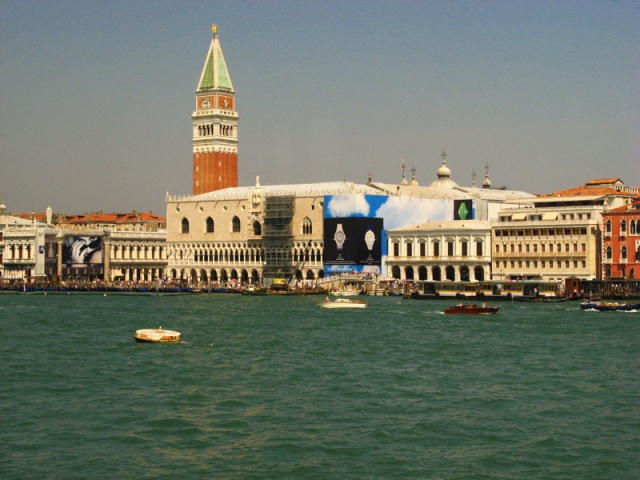 Piazza San Marco (Saint Mark's Square) is the principal place in Venice with Campanille (bell tower) as its most recognizable part. Tower is 96m tall and was built in 1514. They say all entrances to Venice could be seen from top of it which was, considering town`s turbulent history, important purpose in old days. Current tower was rebuilt in 1912. after the original one colapsed in 1902. Story said that in July 1902. a crack appeared in a tower; in July 14th suddenly it colapsed but luckilly no one was killed, except caretaker`s cat. It was the pigeons who alarmed people something terrible will happen and everyone managed to escape. Therefore, story says, Venetians were grateful to their pigeons and in following years they lived and multiplied freely. Until recent days. City council has counted that every pigeon cost them 35 eur per year to clean after them, so their number was decreased :chef:

Poor cat. If that was a cat to alarm citizens, Venice would be known to a colony of cats. Irony of life…

History says that Venice was built after refugees from Roman cities Padua, Aquileia, Altino and Concordia tried to escape from German tribes and Huns in 5th century. As their influence in trade and military power increased, population of Venice grew so they needed more and more space. Islands on which Venice was built, were mostly made by Venetians themselves. They were taking oak and pine trees, mostly from Dalmatia (one of the reasons Dalmatia today is only rock and sea), covered it with tar, put deep in sea ground and covered with sand and stones. Looking at all the buildings that still exist in Venice, it is amazing to know that all of them were made in such unstable foundation.
The golden age of Venetian Republic was from 9th to 14th century; after eliminating pirates along Dalmatian shore, it became a center of trade between west and east; their territory expanded to Istria and Dalmatia on the east, to the Adda river on the west; dominating in trade of salt, Republic expanded their influence in Aegean sea in Greece, including Cyprus and Crete. At one point, the city was so important to surrounding territories, that soldiers from Bergamo, Brescia and Verona would come to help in defence when Venetians were threatened by invaders.
After a rise, came a fall. In 15th century Venetians tried to fight Ottoman Turks and lost Thessaloniki. After that, they sent ships to help in defence of Constantinople but failed again. That costed them eastern Mediterranean possessions. After that Christifor Columbus discovered the route to far east and Portugal found a sea route to India. Venetian ships were not built to sail oceans so they lost a race in conquering new territorres as colonies. Plague in 1575. and 1577. took 50.000 lives. In 1630. even more – 150.000 people died of Black Death. After that, a Church of Our Lady of Health (Basilica di Santa Maria della Salute) was built.

At last, after 1,070 years, the Republic lost independence when Napoleon Bonaparte on 12. May 1797, conquered Venice. Napoleon, in order to show his power, even destroyed one church and built some building in place of it; but proved nothing except being ignorant little tyrant. Oh well, he payed for it later, anyway….
Today, population of islands part of Venice is about 60.000. People still live there and work mostly in areas of economy that depend on tourism: as gondoliers, tourist guides, in shops and numerous restaurants. Over 12 million tourists visit Venice every year, making it a gold mine – Venice is one of the most expensive cities in the world. If you want to have a romantic sail in gondola with your sweetheart it would cost you between 150 and 200 eur for less than hour. Small bottle of water cost 7 eur; prices in restaurants depend of the place and whether you want to sit or have food to go. Although, if you walk a bit out of main tourist areas, prices goes down…
One piece of advice: if you ever plan to visit Venice during summer, prepare enough water and something to cover your head. The day we were there, temperature was 37C and humidity 100%. And it was just an usual summer day :faint:
Venice is sinking. No, really, it is sinking, not just in a song. We didn`t have the opportunity to experience Acqua Alta (High Waters), luckily. We were told it goes up to 20 or 30 centimeters but the highest flood they had was about 140cm in San Marco`s Square :faint: In order to prevent historic part of a city, Italian government decided to make 79 inflatable pontoons across the sea bed at the three entrances to the lagoon; whenever sea level rises above 110cm, the pontoons will be filled with air and block the incoming water from the Adriatic Sea.
In meantime, Venice lives its everyday life. Tourists are curious: they want to see everything and to peak everywhere. One of the ways to do that is by sailing in gondola. Not every wall is shiny. Not all the sights are great. But it can`t be different when most of your streets are under the water. 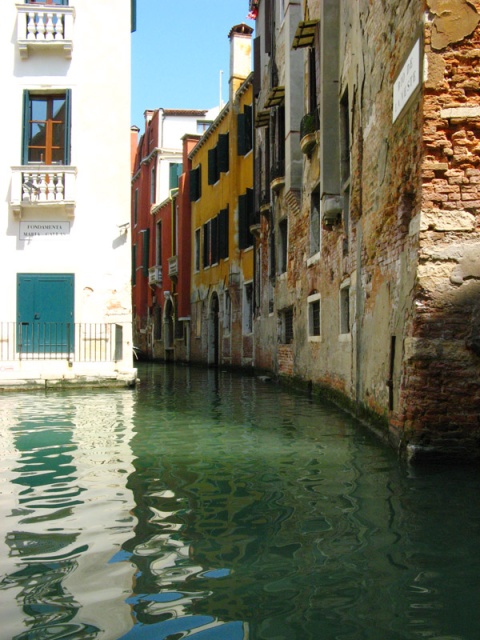 They say one would need several life times to discover everything Venice has to offer. Who to ask? A face that saw so many years and finally turned expressionless?

Or Venetian, during cigarette break on a hot day?

Gulls would be happy to tell you everything. Even more. 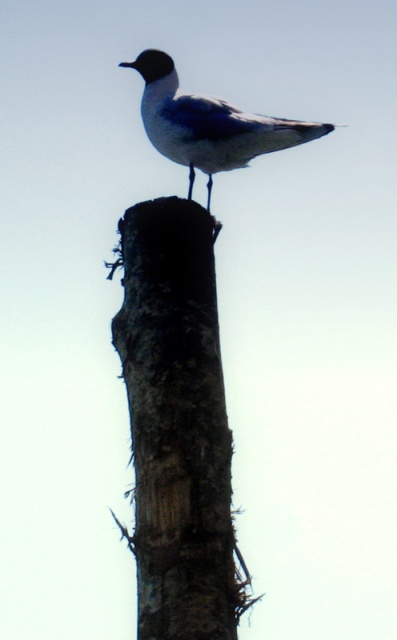 But who cares what gulls has to say, anyway…