In 18th of March, in a small Kingdom of Tonga in South Pacific, scientists were able to witness a magnificent event. Undersea eruption of volcano, near the island Tongatapu, is not something that could be seen everyday. Scientists said that eruption is probably caused by an quake of magnitude 4.4 that struck this area in March 13th at a depth of almost 150km. Photos I have found are magnificent. Scary and magnificent at the same time. 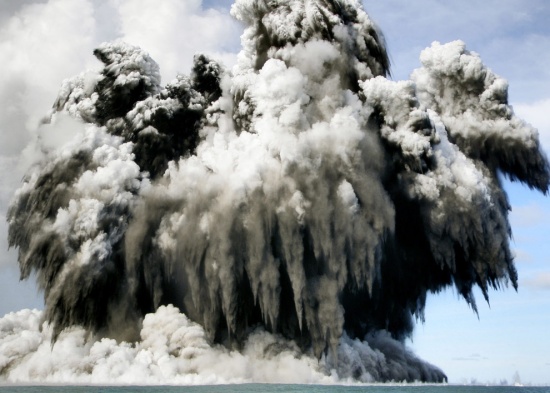 Eruption itself produced a 7.9 magnitude quake and generated small tsunami in 2:17 p.m., but tsunami alert was revoked only 6 minutes later. Scientists have said there is almost no danger to 10km distant island Tongatapu. On the other hand, warnings were issued for tourists and locals not to come too close to eruption area. Eruptions of this type could be unpredictable. I know I would not like to be that close, even though the feeling of nature strength and personal insignificance could be magic in moments like that.

Tonga government’s chief geologist Kepi Mafi has said that this could be a second try of (re)birth of a new island that have risen 2002. but sunk under the sea. Geologists have said that there is a cluster with 36 undersea volcanoes and seismically very interesting area.

http://www.youtube.com/watch?v=B1tjIihHgco
In Serbia we don`t have active volcanoes. Luckily. A hill near Belgrade, Avala, is believed to be a volcano but it was probably more than 600.000 years ago. Also, seismically we, at the north of Serbia, are in very calm area. I can`t say I have anything against it :happy:
***
photos taken from Boston.com