Everyone who intend to visit Vienna knows there are 3 most significant places that must be seen – Schönbrunn, Hofburg and Belvedere. Palaces that were in a possesion of Habsburg imperial family.
Habsburgs were amazing family. They ruled for over 650 years and in different ages they owned a lots of parts of central, west and south Europe. The family was named after Habsburg castle in Swiss canton Aargau and later were divided acording to the part of Europe they ruled. Rudolph I, king of Germany started their imperial rule in 13th century. The rulers of former Austria-Hungary empire were from Habsburg-Lorraine line of family and Vienna was ther capital city.
Schönbrunn is the biggest and probably the most beautiful palace in Vienna. In 1569, Holy Roman emperor Maximilian II purchsed a place with little river Wien and built there a mansion called Katterburg. He ordered that area to be a hunting place for imperial family members. Emperor Leopold I gave order to architect Johann Bernhard Fischer von Erlach to build a palace in 1696 and it was finished after 3 years. The palace was a gift to empress Maria Theresa of Austria and she decided, after she was crowned, that it will be her summer residence. After that, Schönbrunn remained an important centre of Austria`s empire and imperial family until 1918. and abdication of Charles I of Austria. During 19th century the palace was main place where another significant ruler of Austia-Hungary lived – emperor Franc Josef I of Austria. He spent almost all of his life there and died in his sleeping room in November 21th, 1916. 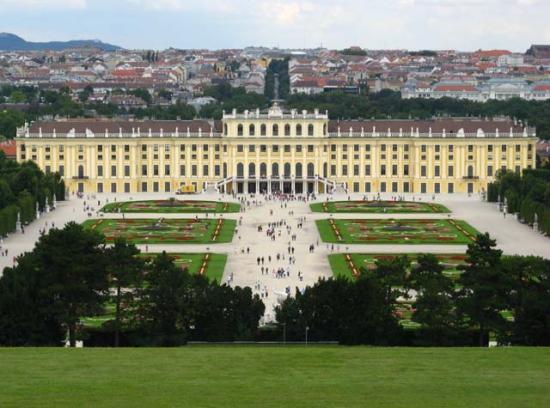 Today, Schönbrunn is important tourist site in rich Vienna`s history. First floor in the main palace building is open for visits and 40 rooms are preserved and decorated as they were during 18th and 19th century.
Hofburg palace is placed in the center district of Vienna and was another palace made for imperial family. The first section was made in 13th century. The oldest section forms a square surrounding Schweizerhof (Swiss Court). Later, palace was expanded according to the needs of imperial family so it contains few styles, mostly Renaissance. Beside Schweizerhof, there are gothic chapel (Burgkapelle 15th century), the treasury (Schatzkammer – contains the collection of 1000 years of treasure), music chapel (Hofmusikkapelle) and imperial kitchen in the lower section. In 18th century Imperial Library was added to the complex and with St. Augustine’s Church (Augustinerkirche) now it presents one of the most beautiful locations in Vienna. In 1809, during Napoleonic Wars, part of the castle was demolished. In 1817 inside new walls three gardens were laid: the private Imperial Castle Garden (Burggarten), Heroes Square as a lawn with boulevards, and the People’s Garden (Volksgarten) with the Temple of Theseus (Theseustempel). Last expansion was in 1860. after the demolition of city walls. In newer history, there is one interesting detail: on March 15, 1938, Adolf Hitler proclaimed from the balcony of the New Castle onto Heroes’ Square, the “Anschluss” (link-up) of Austria into the Third Reich. 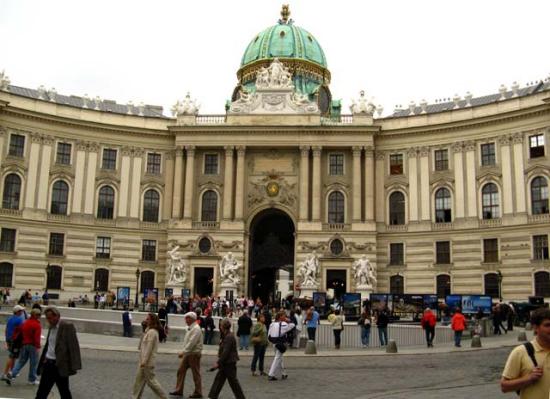 Next to the Hofburg, there are The Winter Riding School where the Lipizzaner stallions are trained in the Spanish Riding School and butterfly aviary (Schmetterlingshaus) created out of greenhouses built from 1901-1907.
In the 3rd district of Vienna, prince Eugen of Savoy built a palace complex named Belvedere. At first, in 1714. works in building what is today known as Lower Belvedere, started, not as a palace but like a garden villa. The bigger and more beautiful palace, Upper Belvedere, was built during 1720 – 1723. and between two buildings there is a beautiful park with lot of fountains and statues. Unfortunately, during my stay in Vienna, cleaning and preservation were performed so I couldn`t access every part of garden I wanted :awww:
In 1752. a whole complex was sold to empress Maria Theresa of Austria, and she was the first to name it Belvedere. Under Habsburg possesion a palace was further extended and became imperial picture galery. The last resident of the palace was archduke Franz Ferdinand. 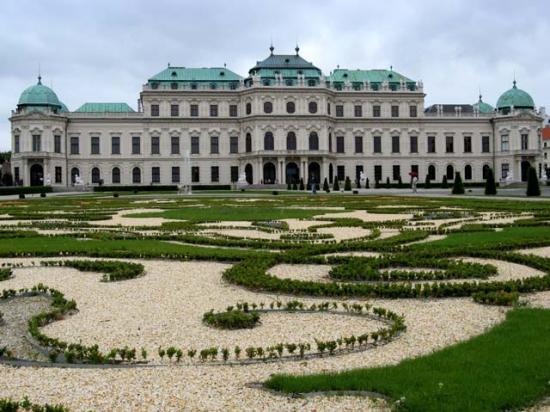 Maria Theresa of Austria. She was the only empress in the entire family and probably one of its most succesful rulers. Born in Vienna in 1717. she inherited her father Charles VI on the Austrian throne. She helped educational and financial reforms, promoted commerce and the development of agriculture, and reorganized the army, all of which strengthened Austria's resources. Married to Francis of Lorraine in 1736 at the age of 19, she had 16 kids. Her youngest daughter was archduchess Maria Antonia of Austria, in history known as Marie Antoinette, a wife of French king Louis XVI. 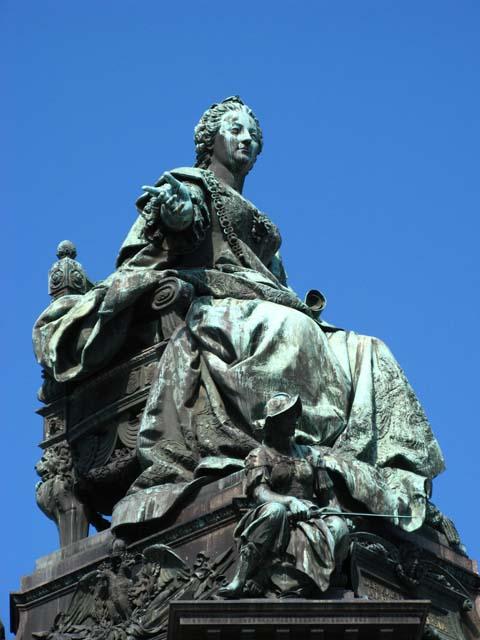