According to Wikipedia:
"Advertising is a form of communication whose purpose is to inform potential customers about products and services and how to obtain and use them."
Formulated like this, it sounds correct and acceptable. Reading further:
"Every major medium is used to deliver these messages, including: television, radio, movies, magazines, newspapers, video games, the Internet, and billboards."
Right. And billboards.
As far as I can remember, billboards were rarely used in Serbia (and former Yugoslavia, as well). But after 2001, first companies for billboard advertising appeared in Serbia. They started shy at the beginning, but soon, this kind of business proved to be a gold mine. Everyone wanted to put their products and services on billboards. Everyone!!! It was all reasonable untill they started to put them in almost every piece of free space – sidewalks, parks, walls, building roofs, near the highways. It is not rare to see one billboard in front of another, like here: 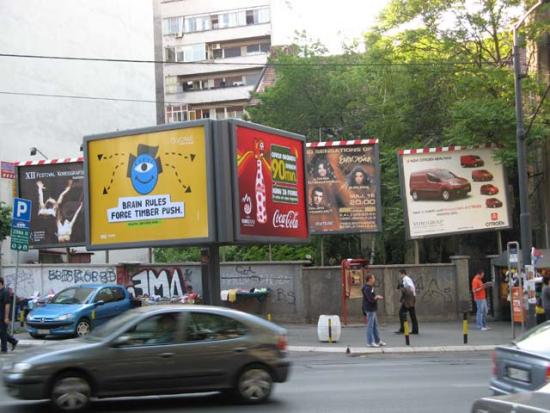 The next three are within 30 meters from first to the last one, right in front of the school

and this one is on the school itself :faint: 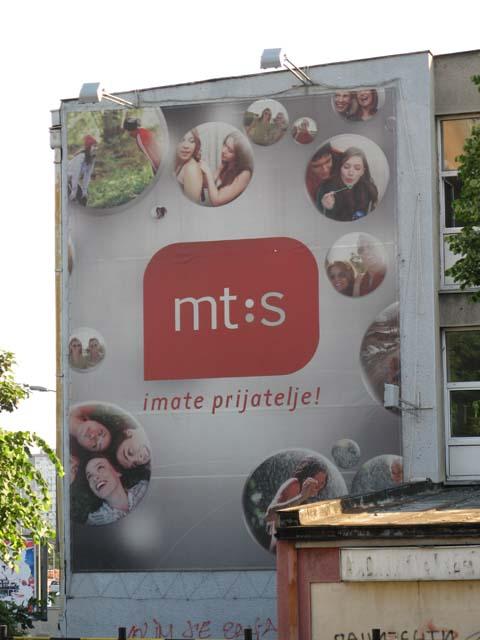 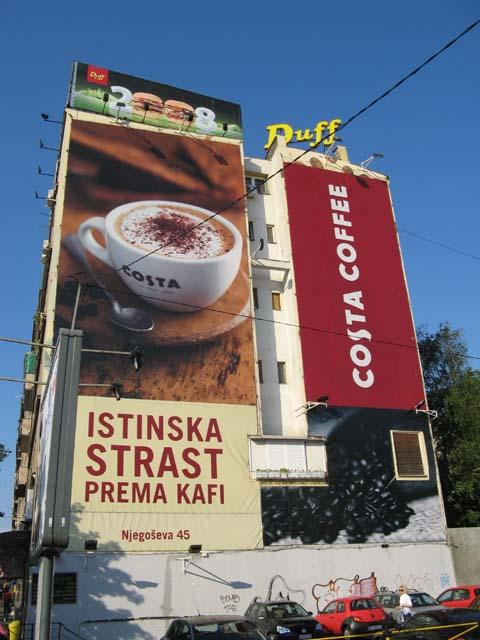 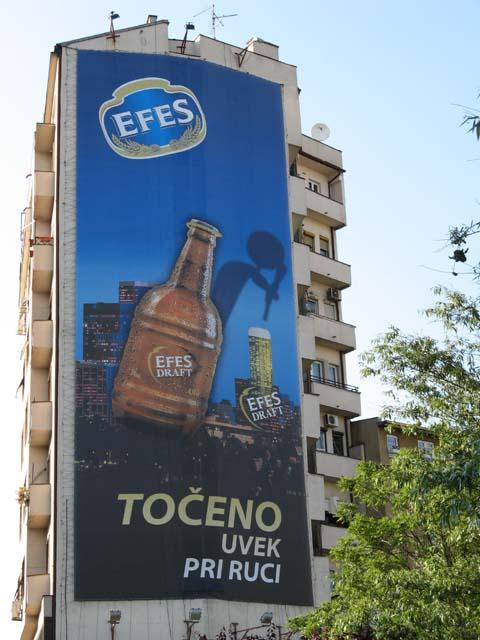 I think guests in this hotel would probably like to see the beautiful view from central city square over the river, but….. 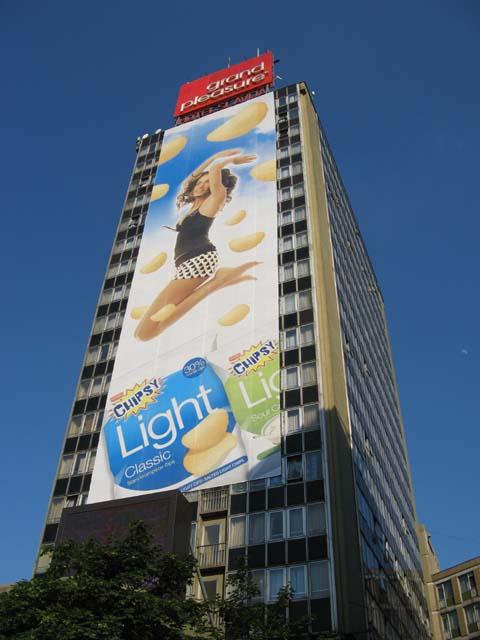 Not to mention that all of them are ruining beautiful old buildings and architecture masterpieces in the old part of a city. But profit is much stronger and persuasive, especially in a poor country among people living with average salary of about 300eur. One of my friends was offered to have payed electricity and some cash on top of it just to let one of these giants to grow up in her backyard near the highway. 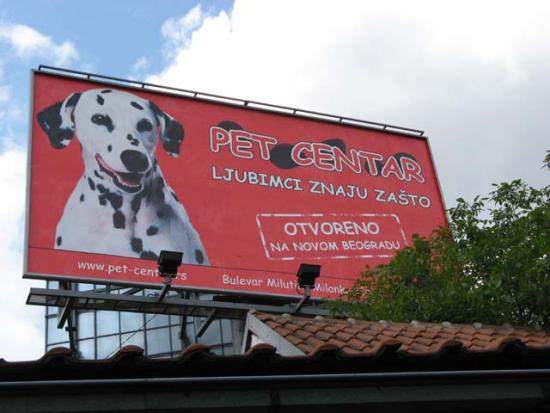 She accepted, what else she could do? This is a nice amount of money on her acount every month. Plus payed electricity….
And me? I am trying to look high up at the sky…. following my bird 😀 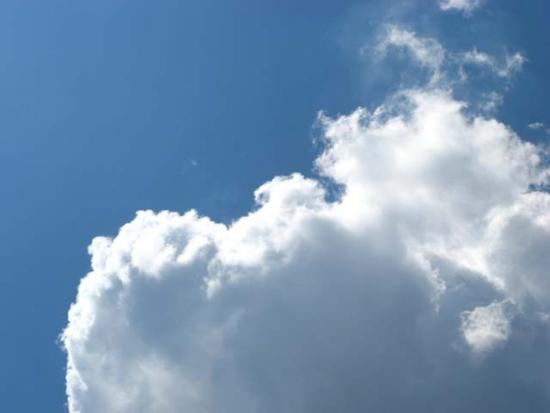